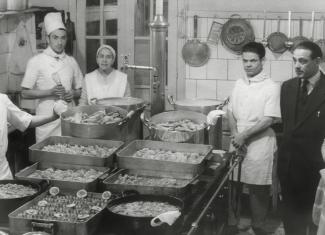 Pere Calvet Boronat (1920-1984) of the Cal Flora house in Andorra la Vella, was a farmer like his father and a large part of the population of Andorra. Nevertheless, he thought a hotel was needed to accommodate the increasing number of visitors to the Principality, so he began to build such an establishment on one of his family's fields at the close of the 1930's. The hotel was completed in 1940. 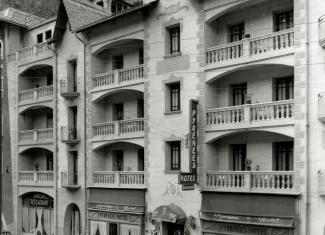 In the beginning, the hotel contained 36 rooms distributed on three floors. In each room there was a washstand and a bidet, and on each floor there was a bathroom. Various reforms have been carried out since then and the Hotel now has 70 rooms, each with its own full en-suite bathroom. One interesting feature of the Hotel's construction is the wooden beams in the oldest part of the building, which are still in perfect condition. This is thanks to the fact that wood was always cut at those times during the most appropriate phase of the moon. The Hotel's original name in Catalan, "Pirinenc", may be seen on the façade, together with the founder's initials: P.C 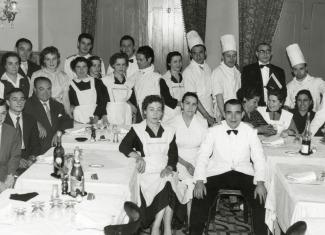 When the hotel's construction had been completed, Pere Calvet Boronat's father wanted him to continue farming so the establishment was leased out from 1940 to 1954. That was when its name was changed from the Catalan "Pirinenc" to the French form, "Pyrénées", in view of the large number of French guests. In 1954, Pere Calvet Boronat and his wife, Rosa Dolsa Cuberes of the Cal Pa i Aigua house, ceased their farming activities and took the reins of the business. Pere Calvet Boronat dyed in 1984. He was an elegant man and a hard worker, and he stood at the head of the business until his last day. Today, his descendants run the Hotel. Over the course of the years the Calvet family has offered friendly personal service to the large number of guests from all countries who have lodged at the establishment, many of them on repeated occasions. 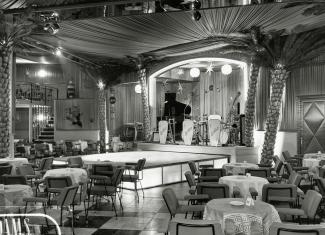 In the year 1941 a lunch cost 12 pesetas, a cup of coffee 1 pesseta and a glass of brandy 2 pesetas, while a room, breakfast and lunch cost 19 pesetas. 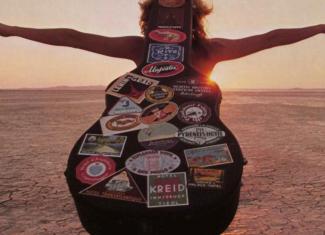 At some point, near the 60’s, the renowned singer Neil Young, visited Andorra, presumably lodging at the Pyrénées Hotel. Our green sticker can be seen on the guitar case of the DECADE album cover.